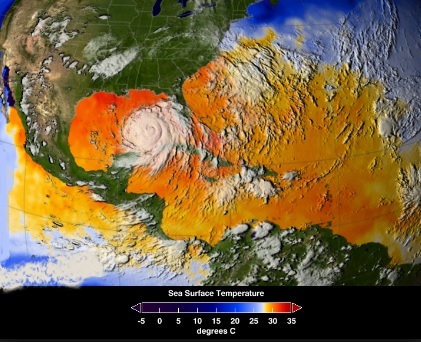 Why hurricanes are named.

When you are told “named storm, its not covered” it means you need to check your wind and your hurricane deductible.

Names are given to tropical storms and hurricanes to give people a quick reference point and to reduce confusion.

“Unlike other storms, hurricanes can be around for weeks,” says Dennis Feltgen, a public affairs specialist and meteorologist
for the National Hurricane Center. “We’ve also had cases where up to five named storms formed at the same time.
For these reasons, we name hurricanes and not other types of storms.”

Another reason people opposed naming winter storms had to do with named-storm deductible clauses in insurance policies.
These clauses stipulate that an insurer can charge a higher deductible than normal once a weather event becomes a named storm.

Though this fear proved groundless with respect to winter storms, it still applies to hurricane and wind damage coverage. Many named-storm deductible clauses work by requiring a deductible that’s a certain percentage of a home’s value—anywhere from
one to 10 percent—instead of a fixed dollar amount. That means instead of paying a $500 or $1,000 deductible, a house that’s insured for the U.S. average of $161,100 would shell out $16,100 if their named-storm deductible was 10 percent.

Deductible: amount of loss paid by the policyholder before insurance kicks in.

Mandatory deductibles: may be set by insurance rules, regulations or state law, or by an insurer.

Market Assistance Plan (MAP): a voluntary clearinghouse and referral system designed to put people looking for insurance
in touch with companies that have agreed to take on more business.

Optional deductibles: mostly used in less vulnerable areas. Policyholders may opt for these higher deductibles in order to
pay a lower premium.

Percentage deductibles: calculated as a specified percentage, for example 2 percent, of the insured value of the property.

Standard deductibles: an indication of the usual homeowners insurance deductibles in the state or area.

The amount that the homeowner will pay depends on the home's insured value and the "trigger" selected by the insurance company, which determines under what circumstances the deductible applies. In some states, policyholders may have the option of paying a higher premium in return for a traditional dollar deductible, depending on how close to the shore they live. In some high-risk coastal areas, insurers may not give policyholders this option, making the percentage deductible mandatory.